How to make sure you never have a bad day

Fishing is a solace as much as it is a sport, a place where people can heal in nature as much as harvest from it. With its countless rivers and lakes to choose from, you can find a fishing spot that’s yours alone.In the spring, summer, and fall you can spend a relaxing day casting from your boat or dock, or fly fishing in a river, and in the winter, drill a hole in the ice and drop a line into chilled waters as snow swirls outside your hut. 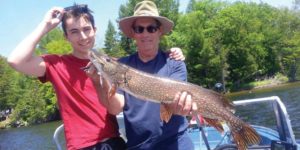 My family has been fishing at the cottage for generations. I was raised on stories of my father’s youthful days on the lake, literally catching that evening’s dinner, bass and perch that would be fried in a pan and served alongside baked beans. To hear him tell, it was almost a paradise. My mother caught the bug and delighted in fishing, perhaps as a tranquil reprieve from her four young children. My brothers and I in turn spent countless hours casting a line while growing up. Indeed, one of the proudest moments of my young life was catching a pike off my grandparent’s dock, and hearing the pride in my grandfather’s voice as he told everyone what ‘little Andy’ had hauled ashore.

Fishing in the Haliburton Highlands

Most cottagers have similar experiences. For most, dropping a line is pure pleasure and the stuff of fond memories. This is certainly the case in Haliburton, a fishing paradise if ever there was one. With its countless rivers and lakes to choose from, you can find a fishing spot that’s yours alone, with nothing but the sound of your line casting into the water.

“We have over 600 named lakes in the county, so fishing is a huge draw. We have a number of fishing derbies where fishermen can test their skill. It’s also a four-season sport here in Haliburton, with lots of people coming in the winter for fabulous ice fishing,” explains Eric Casper, tourism assistant at Haliburton Highlands Tourism.

Recreational anglers can catch fish of many species, including smallmouth bass, largemouth bass, walleye, northern pike, muskellunge (also known as muskie), and lake trout. There’s nowhere else in the world where you can reel in ‘Haliburton lake trout,’ a genetically unique species of trout that may have been swimming these waters while mammoths and sabre-tooth cats roamed the earth.

While the Haliburton lake trout, known as ‘Haliburton gold,’ have been swimming these waters for 10,000 years, it was only recently that their distinctiveness was realized. In the mid-1980s, scientists discovered that these native lake trout were genetically distinct from all other lake trout stocks in Ontario. Indeed, scientists believed they may be one of the oldest and purest strains of lake trout in the world, a fish that may have existed before glaciers covered the province.

Local anglers weren’t all that surprised by the scientific conclusion: many had suspected that these fish were different because of their compact size, torpedo-shaped body, strong fighting ability and their delicious salmon-coloured flesh. In light of this genetic uniqueness, Haliburton gold, found only in a handful of lakes, was designated as a heritage species.

As a rare species, however, the Haliburton gold trout must be carefully managed. Enter Haliburton Highland Outdoor Association (HHOA). Founded in 1992 as a hunt club for the six founding fathers, the group has since grown to include as many as 500 members and evolved to include a strong educational and conservation component.

Rusty Rustenberg, vice-president of the HHOA and formerly a conservation officer with the MNR for 20 years explains, “Our biggest ongoing endeavour is the operation of a fish hatchery which, since 1998, has raised more than 700,000 fish and stocked more than 100 lakes across Haliburton County and surrounding areas.” 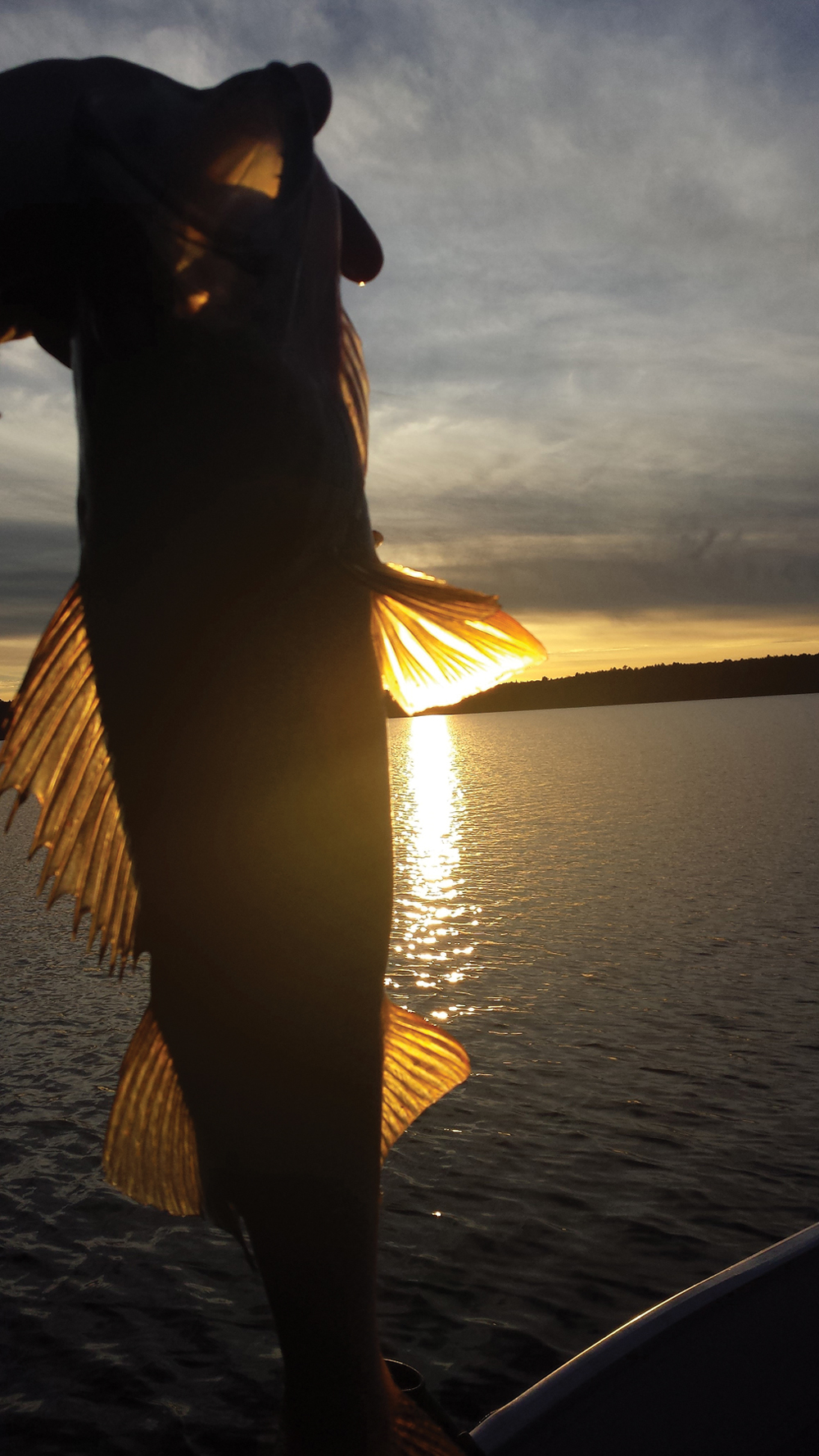 “The fish needed our help. In addition to angling, they face pressures from loss of spawning and nursery habitat, climate, and deterioration of water quality. In the wild, perhaps only 50 per cent of trout would reach eight inches in length. Here, 650 out of 1,000 fish reach eight inches,” says Rustenberg, noting that in addition to lake trout the hatchery also raises brook trout and walleye. “We work with the MNR to determine where to put the fish, which is oftentimes remote lakes where people portage in. But simply releasing them isn’t enough. Fish need a healthy environment, so we restore lakes and streams to ensure they have places to spawn.”

The HHOA is committed to ensuring the fishing opportunities in Haliburton remain as varied and as thrilling as they are today, when the county is considered among the finest angling regions anywhere in Ontario. With more than 600 lakes the opportunities for fishing are virtually endless, enough to keep even the most avid anglers casting lines until the end of their days.

If you want to reel in the catch of the day to enjoy around a crackling campfire, or possibly even the catch of a lifetime in the case of the prehistoric Haliburton gold, head to one of Haliburton’s lakes or rivers and stay at one of the many water access lodgings in the Haliburton Highlands area.

Go to MyHaliburtonHighlands.com for details on local fishing derbies and hot spots to cast your line.